What if I said to you that much of what we you eat every day amounts to an addictive drug that has captured our brains, rewired us into addicts, makes us sick and costs us billions of dollars to treat diseases that we need not have?

What if I said that this drug is known by its manufacturers and federal regulators to be addictive, harmful and costly…and it’s perfectly legal?

Well, you’d probably think I had gone off a deeper end than usual. So it’s a good thing, that David A. Kessler, M.D., is saying this, not me.

Kessler is the former commissioner of the U.S. Food and Drug Administration under both George H.W. Bush and Bill Clinton, and former dean of the Yale School of Medicine. His book, The End of Overeating: Taking Control of the Insatiable American Appetite (2009, Rodale, $25.95) is on most best-seller lists.

Kessler starts with several questions. Why have Americans become increasingly overweight during the last 30 years or so? Why do we overeat? Why are so many of us, including Kessler himself, unable to stop eating Oreos when it’s easy to say no to a second apple?

He finds his answers in the architecture and construction of modern American food.

Food designers, processors and restaurants have discovered that by combining fat, salt and sugar with flavors, textures and visual appeal they can create foods that we crave, that stimulate our brains to want more, that wire us to overeat.

Americans now spend about 50 percent of our food dollar in restaurants where these three ingredients are loaded and layered on top of each other, often repeatedly.

Kessler comes at this subject as a scientist and a former regulator. But he, too, was just like most of us—cued and conditioned by engineered stimuli to seek emotional reward in fat-salt-sugar combinations. He found himself inexorably drawn to the fried dumplings in the San Francisco airport even as one voice in his brain kept saying, “Don’t do it; it’s bad for you.” He, too, could not resist the song of processed cookies. He, too, overate and was fat.

Baby Boomers, like Kessler and me, are bearing the health and financial costs of the food on which we’ve been hooked since the 1950s. Our heart-disease rate is higher than our parents and grandparents, and the cause is weight gain. It’s not cigarette smoking, which we are less likely to do than previous generations.

As a scientist, Kessler wanted to know why he craved certain foods, why he couldn’t resist overeating them.

He looked at the research on stimuli and behavior and interviewed representatives of the food and restaurant industries. They told him about bliss points for fat, salt and sugar combinations; how portion size stimulates overeating; how they strive to engineer “craveability” into our brain circuits through emotionally rewarding products; how these foods have the ability to make themselves into our eating habits; how processors and restaurants manipulate us into eating more than we need as a business strategy.

Kessler’s analysis rang true, because it explained me to me.

His fix-it prescription is simple. Each of us needs to understand why we eat what we eat. We need to be aware of the bad-for-us foods and their super-sized portions, then develop rules to avoid them. We need to eat less, about 1,500 calories per day, without feeling deprived. The goal, he writes, is to “…find food that provides emotional reward without driving overeating.”

He believes: 1) restaurants should list calorie counts for all their dishes; 2) food products should carry labels revealing added sugars, refined carbs and fats; 3) the public should be educated about high-fat, high-sugar, high-salt “big food”; and, 4) “food marketing should be monitored and exposed.”

Whether these fixes would go far enough fast enough to shed 25 pounds off the average adult American and offer some protection against weight-caused diabetes and heart disease is debatable. Health-warning labels, like those on cigarettes, might be more effective. Most Americans read food labels, but half of the readers still eat what they want, because of taste, familiarity, habit and, as Kessler says, brain manipulation.

Since both individuals and society pay the costs of a public hooked on “big food” in increased sickness and health-care expenses, it strikes me that part of the solution will be found in reducing the amount of fat, salt and sugar in our food at each level—farm, processor and restaurant. If we set limits on the amount of unhealthy pollutants we breathe and the speed at which we drive for the welfare of all, the same logic is likely to be applied to the food we eat.

Our farm-to-processor-to-consumer food system has been subject to numerous critiques during the three decades that we have been programmed to overeat unhealthy foods. Kessler’s argument is much broader than being against donuts and sodas. He’s against the food norm, the routine, the food we overeat without understanding why.

During these years, higher-income, higher-educated individuals set up an alternative food-and-eating system based on lower-calorie diets, organics and less-processed products. Those who can’t afford better food were stuck with the high-fat, high-sugar, high-salt stuff that’s cheap and available.

The problem that Kessler raises is how to make ordinary food from conventional sources healthier.

The farm, food and restaurant industries might be interested in publicly thinking through what Kessler’s “just-right” daily 1,500-calorie budget would mean for them. Besides eating 500 to 1,000 fewer calories per day, it would involve, he suggests, rebalancing our diets toward more protein, fruit, vegetables and complex carbohydrates (such as whole-grain bread and pasta, brown rice and beans). How would conventional farms and suppliers adapt? How would these adjustments affect financial performance? How would healthier conventional food affect the parallel system of organics and locally produced food?

Limits on the Big Three — fat, salt and sugar — would benefit all consumers, but public intervention of that type reduces individual choice and responsibility. One question, of course, is how free is our choice of addictive substances? Another is how much society should pay for the consequences of personal decisions? What does the food consumer lose in terms of freedom if government protects the public in this manner?

Prohibitions don’t work and are philosophically objectionable, but limits, along with the changes in individual behavior that Kessler urges, seem to be a reasonable response to a problem created by the absence of limits.

Kessler lays out the need for a gastro-cultural change in how Americans think about food and what we eat. The issues that a change of this sort raises are broad, deep and difficult. Getting a teenager to eat more carrots and fewer Fruit Loops may be the easy part. Getting Fruit Loops healthier is the hard part.

Agricultural interests, processors and restaurants have yet to respond to Kessler’s argument. They should. It’s a conversation worth having and hearing. The Scoop on Community Supported Agriculture 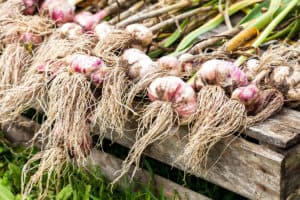