More than a year has passed and I have been witness to the transfer of more than 2000 acres of land for primarily agricultural use. Over the past year I have met with dozens of landowners, land managers, land consultants, real estate investment trusts, and wealth managers, and one thing they all have in common is they believe fundamentally that land is a good investment. The most engaging thought of all of these meetings is that they all believe it for different reasons; they have different metrics based on their business models and individual expertise. For instance the wealth manager thinks in terms of land being a long term hedge against inflation, while the farmers recognize the net return they can expect from their land with small grain or vegetable operations.

Successful investors like Warren Buffett, Ted Turner, or Wall Street tycoon Jim Rogers invest portions of their net worth in farmland and timberland. For the record John Malone is the largest individual landowner in the United States with more than 2,200,000 acres under ownership. What drives these investors to land is based on an array of reasons, but let’s start with one fact.

Land is a tangible asset with transitional qualities, and unlike many investments it cannot be downgraded to zero as can many paper assets. It will not simply evaporate into “the market”, and even after the worst day on the land market, you can still go take a walk on it. By transitional qualities I mean land use continues to evolve, and while today the land’s highest and best use may be to produce food or fiber, years from now it may better serve as parkland, residential housing, or energy production as a solar farm. Farmland and timberland is adaptive and any asset which can absorb a changing economic landscape is coveted and valuable.

Because of the adaptive nature of land, it is not subject to the vast array of economic forces both domestically and foreign creating volatility in many other asset classes. This lack of volatility also tends to make it slow to increase in value, as average land appreciation rates of 2 to 5 percent annually provide slow but steady long term returns.

In addition to a steady rate of appreciation, farmland rents provide another source of income to increase overall annual returns, and together with average rates of appreciation, fully annualized returns on farmland can be 10 percent as an asset class. Farmland rents are directly dependent on soil quality and irrigation requirements associated with the land. As water resources and irrigation are added to the land, rent will increase for the property.

Farmland investing specifically is a strategy to own commodities as well as an investment in the global food system. Many economists recognize the spike in commodity prices for grain in the world and that global reserves of grain are at all-time lows. While a number of factors have contributed to this, such as the ethanol mandate in the US (almost 40% of our Nation’s corn crop goes to ethanol production), there are also pressures from growing human populations around the world.

For instance in places like China and India an emerging middle class is consuming an improved diet. There is considerable growth in the amount of meat being consumed in these markets, yet the rest of the world according to Time Magazine has a long way to go before they catch up with the average American that consumes more than 250 lbs. of meat per year. This matters considerably because the majority of small grain serves to feed cattle, so as emerging countries increase consumption additional grain will be required to meet this need. A recent ad campaign produced by agribusiness Monsanto Co. suggested that farmers will have to produce more grain in the next 50 years than farming all together has produced for the past 10,000 years.

These soaring predictions are supported by the fact that net farm income in the United States is expected to reach over $95 billion in 2014, according to the United States Department of Agriculture. Together these data points support this asset class as being an investment worth considering. In summary, land is a tangible investment based on current and predicted growth in human consumption utilizing a finite landscape of land resources to grow food. Together these factors, while slow to develop, make more than an arguable case for investing in land, and without argument many of our most successful investors make this asset a critical part of their portfolio. 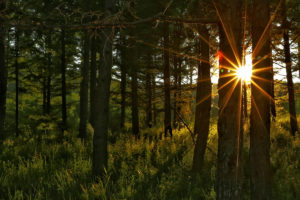 Forest Carbon Terms and Rules of Thumb for Timberland Investors

Which financial product would you likely need most following a land purchase?