The results of the election took many, if not most, of us by surprise. President-elect Donald Trump is expected to make a dramatic course change from the direction President Obama has been leading our nation. My hope is that this newly charted course takes business owners and investors to new places of profitability and opportunity, while limiting government obstruction with common-sense regulations.

I am not a prognosticator, especially when it comes to politics. Nor do I hitch my horse to other people’s wagons, especially wagons belonging to politicians. I do not believe that President Trump can solve all of America’s problems, but the following are tax issues that I am hopeful President Trump (still sounds funny to say) will address in a way that is helpful to the land brokerage industry. Having a real estate developer as Commander in Chief is about as close as we are going to get to having “one of our own” in the Oval Office.

2. Estate Taxes – This is an issue where Donald Trump does not mix words. In an October 4, 2015 interview for ABC, George Stephanopolous asks him specifically about his thoughts on estate taxes. Trump’s response was spot-on, “The estate tax is a horrible weapon that has destroyed many families. In particular, farms and things where they make an income and they have a certain value and they have to go out and borrow money and they put mortgages on their farm. Let’s say it’s a business that’s not very liquid, and people have to go out and borrow against the business, you are having travesty. And the other thing is, it’s a double taxation. The tax has already been paid. I mean you’ve been hearing this argument for many years.”

Trump has a first-hand understanding of how generational wealth works. He recognizes that farmers, ranchers, and timberland owners are unfairly penalized for building their business around a particular asset class in a way that many people do not understand. The casual observer does not discern that the main way that the next generation can continue to own and run the family farm is that the land is paid for, or at least not saddled in debt. I am optimistic that he will work with Congress to reform the Estate Tax.

3. 1031 Like-kind Exchange – This is one area that I have not been able to verify where Mr. Trump stands. I have scoured articles from all of the big sources – WSJ, Bloomberg, Forbes, Finance, and his Tax Plan page on donaldjtrump.com – but have not found anything specific I can verify about his leanings on this important issue. Tax-deferred exchanges had a bipartisan bullseye on their back during President Obama’s last term, and it has been reported that he wanted to cap them at $1 million per year, and some politicians suggested eliminating them all together.

1031 Exchanges are vital to the land brokerage business, and have been a part of the Internal Revenue Code since 1921. Donald Trump is on record for saying he wants to simplify the tax code and encourage investment. Section 1031 was written for the purposes of encouraging continued investment and avoiding the unfair taxation of unrealized gains. Without seeing his personal or corporate tax returns it is hard to know whether he has been party or how frequently he uses tax-deferred exchanges.

My best suggestion is for trade groups and individuals to continue to reach out to our politicians and let them hear from us about this issue with a unified voice. In September of this year, 26 organizations that are deeply concerned about the future of 1031 exchanges sent a joint 3-page letter making the case for the continued use of the exchanges. Some of the parties to the letter included the Realtors Land Institute, CCIM Institute, National Association of Realtors, and many other recognizable groups.

My hope is that increased optimism among land investors will cause strong demand for property purchases in the near term. In the long-term I hope we see tax reform that provides for wealth creation and protects it for generations to come. Land brokerage is directly related to behavioral economics, meaning not all investment decisions are completely rational. Many large purchases are driven by an individual’s perception of how things are in the world. I hope post-election we see strong consumer confidence return and economic optimism that leads to vigorous land investment. That would be my dream version of “hope and change” for the land market. 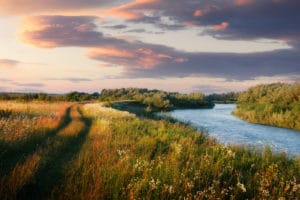